Year 6 took part in an Art & DT day based on their current book. We have been looking at the Literacy Shed video of Francis Brandywine and created some art work to reflect the suspense of the story. We used a QR code to link to the video and made some additional 3D models to create the scenery of Quetico Park. Watch the video for yourself here...

Year 6 are currently taking part in yoga sessions every Friday to help us try and de-stress before SATS!

Thank you to all the friends and family that came to our class assembly. The children performed amazingly. Apologies for the technical issues. Eventually we got the issues sorted and recorded the children performing the song. Enjoy! 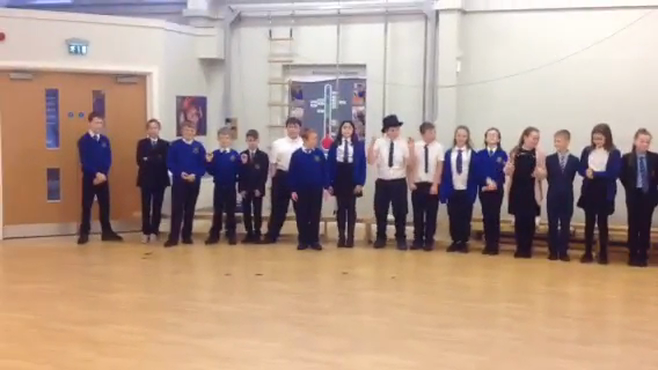 Year 6 traveled to London to visit the Imperial War Museum, the Churchill War Rooms, and to do some sightseeing. The children really enjoyed the WWI exhibition at the Imperial War Museum, and got to see what a trench would have really been like. We then had a short walk to Lambeth North underground station, where we had an exciting tube journey to our next destination. The Churchill War Rooms were very interesting, and we got to see the hidden bunker under the streets of Westminster where Churchill and his staff were protected from bombing above. We also had a walk around Westminster to see some of the sights of London, including Buckingham Palace, Downing Street, the Houses of Parliament and Big Ben. 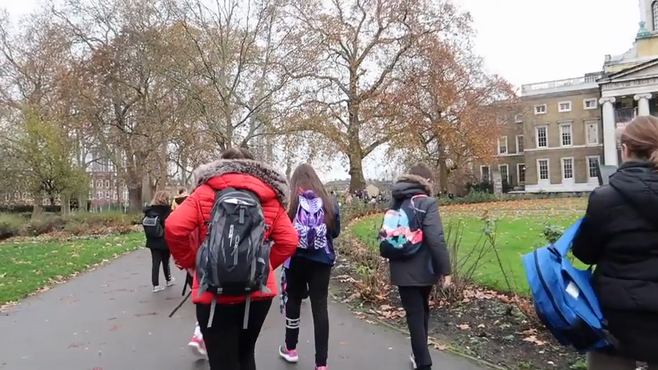 To celebrate 200 years since the birth of George Eliot we held a whole school George Eliot Day. We looked at the story of Silas Marner, talking about the themes of isolation and community. We researched George Eliot, learning about her life and her work. The children also designed their own posters to display messages of kindness around the classroom.

For our whole school Music Day Year 6 looked at the song 'Do They Know It's Christmas?' by Band Aid, as it was number one in 1985, the year Mr Poultney was born, and re-released in 1989, the year Mrs Milbourne was born.

The children researched the song and the artists involved, made their own album covers, and re-created the music video. We performed the song to parents in a special Music Day assembly.

Do They Know It's Not Christmas Yet? 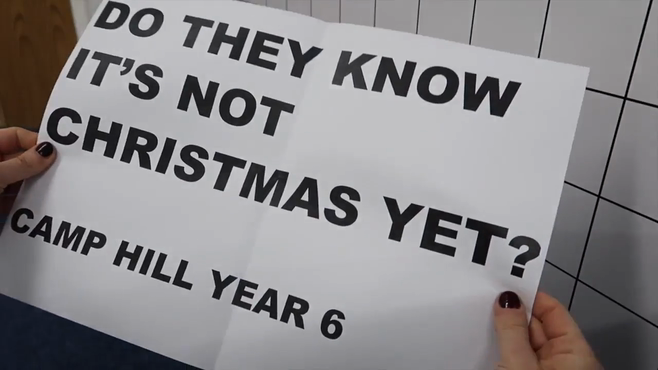 During Maths Week Year 6 were learning about ratio and proportion. After looking at ratio in our maths lessons we applied our knowledge to making a War Time Stew. The children first increased the ratio of ingredients needed from the recipe given to make enough stew for the whole class. They then had to peel, chop and cook the ingredients to create the stew. They really enjoyed tasting their delicious creation.

Here are some examples of the WWI Trench sketches that Year 6 produced during their Art lessons.

Today, the whole school celebrated Diwali. Year 6 learnt all about Diwali and what Hindus and Sikhs do to mark this special occasion. They designed rangoli patterns outside using chalk and coloured sand and also had mendhi patterns on their hands using henna. They really enjoyed tasting some traditional Indian foods this afternoon - so did the staff! We had a great day!

During transition day, we took part in an egg challenge. We had a limited amount of resources and had to make a suitable carrier that would protect the egg from being broken when dropped from a height. We worked really well in our teams and it was a very close call between the winners!